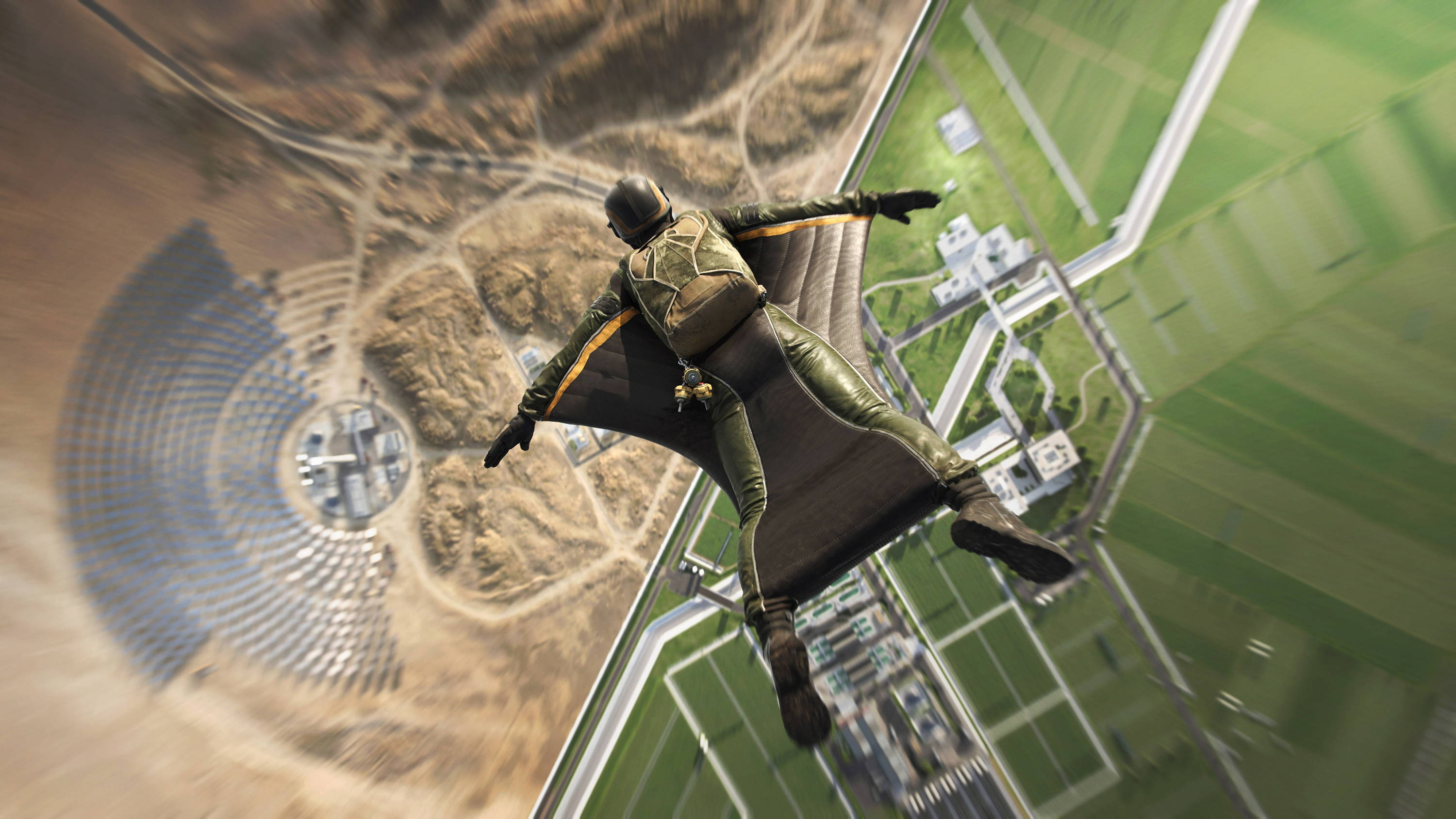 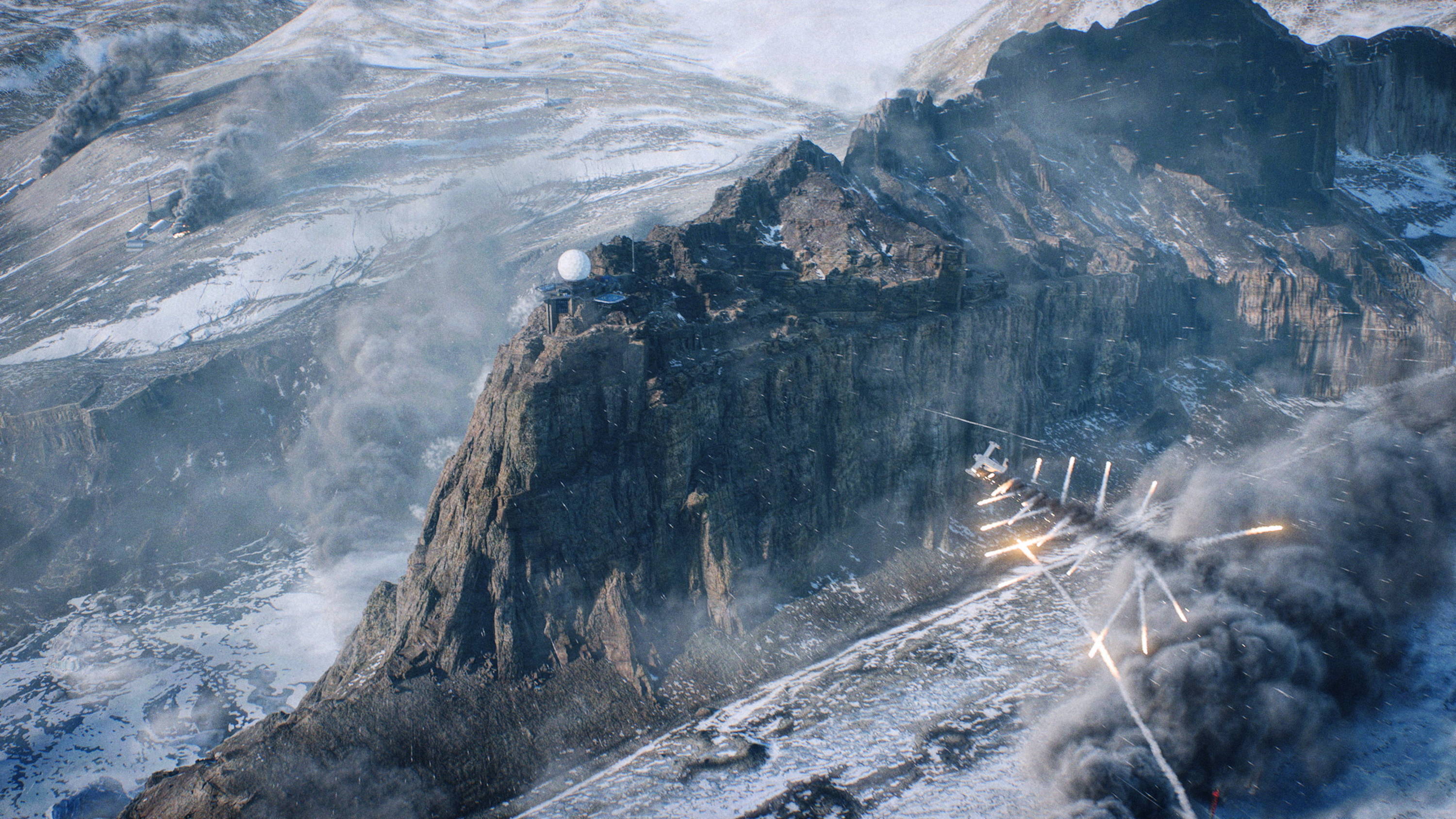 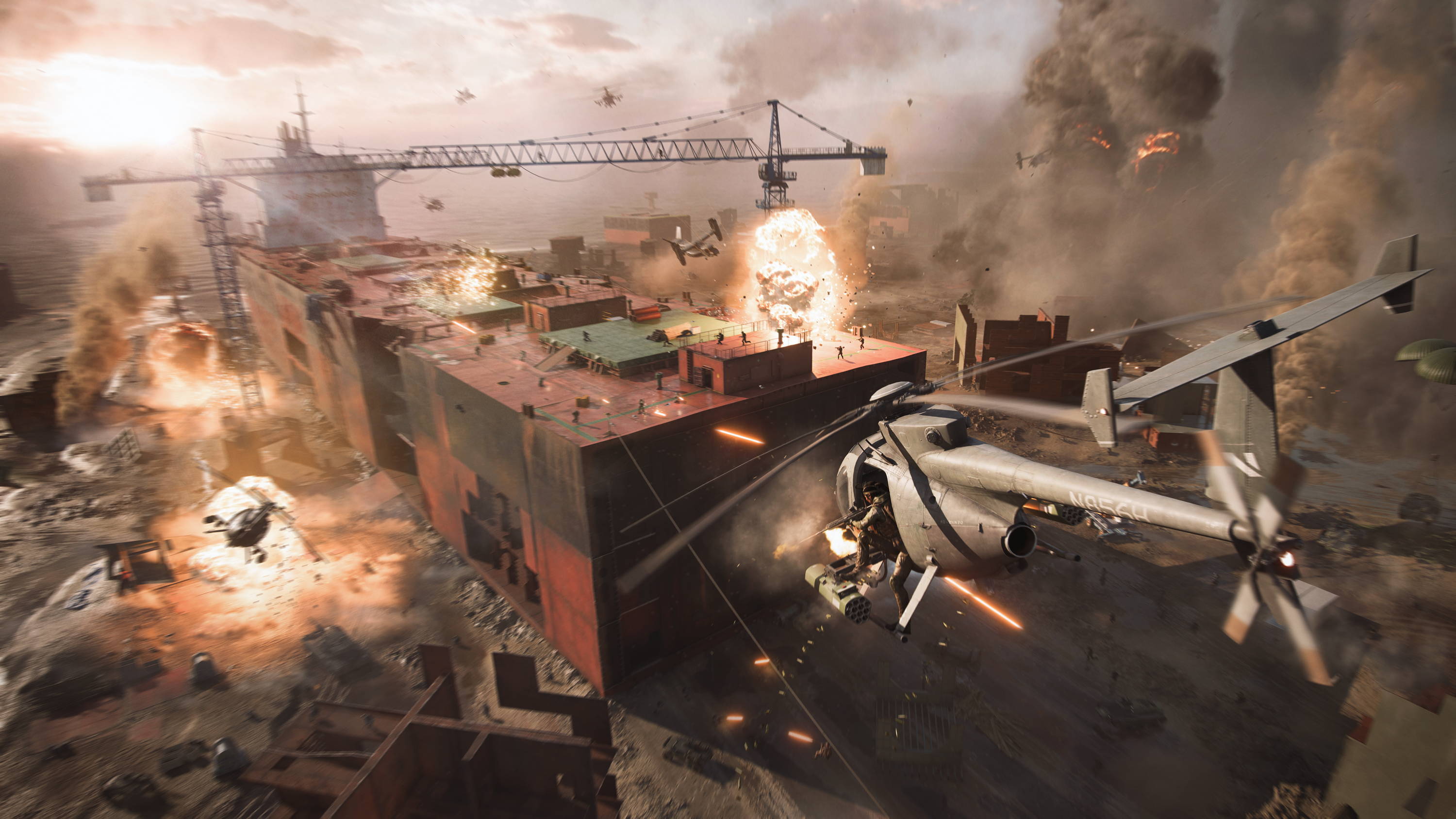 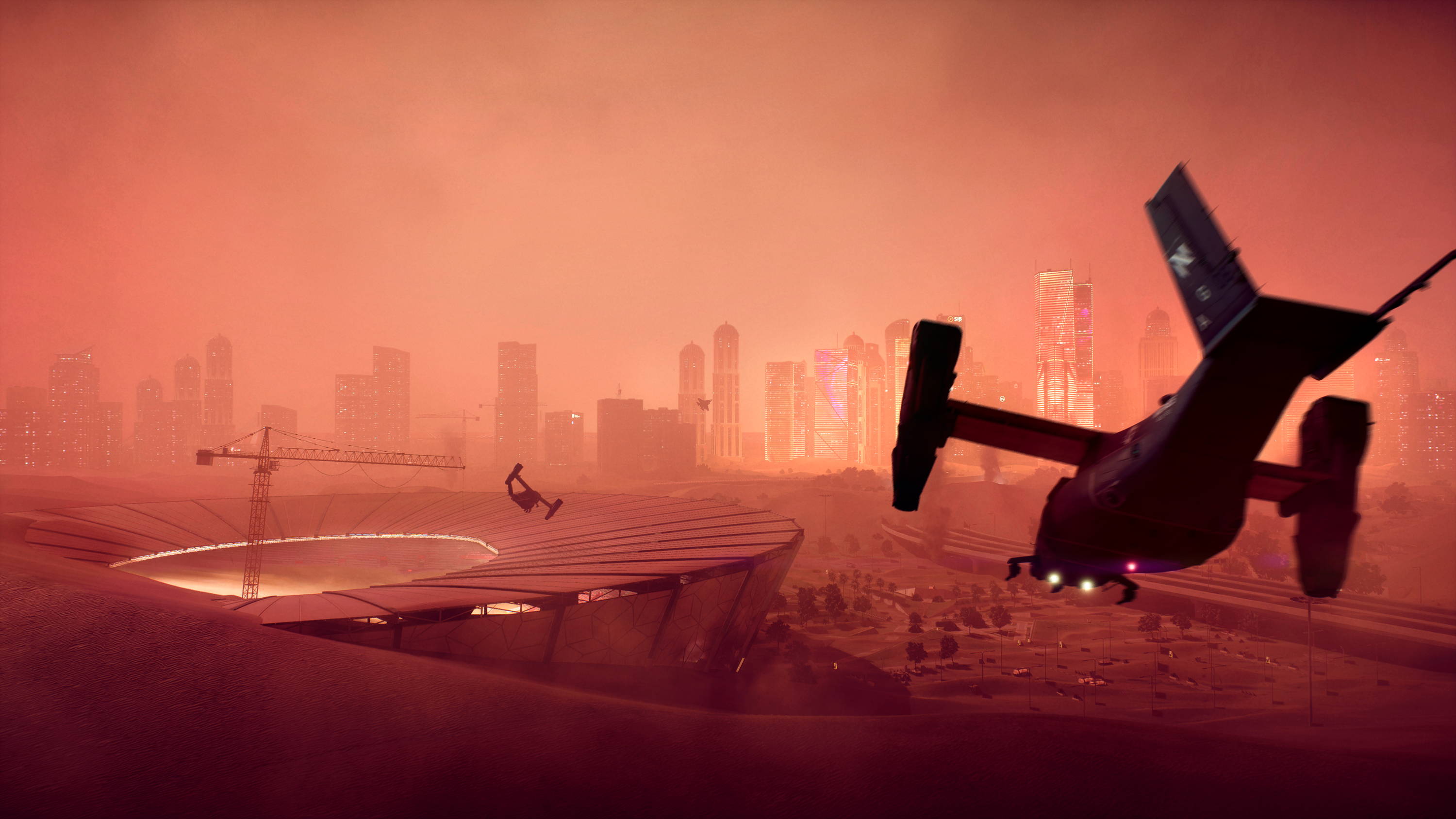 A World Transformed by Disorder

In 2042, extreme weather events and resource conflicts have shifted the balance of global power. The United States and Russia stand at the brink of war, while a mix of Non-Patriated combat veterans form independent groups known as Task Forces. Fight to define the future in this never-before-seen theater of war.

For the first time in Battlefield’s history, 128 players can join the all-out war at the same
time* . This colossal player count equals entirely new gameplay opportunities and epic Battlefield
moments. Now more than ever, feel the intensity of taking part in massive-scale battles where
anything can happen.

*Supported on Xbox Series X|S, PlayStation®5, and PC only. Xbox One and PlayStation®4 will be locked at 64 players.

Get an even greater sense of spectacular, large- scale war on seven massive maps – crafted through a revamped design philosophy. Each battlefield has multiple distinct combat areas
housed in a single playspace and this extra space means more variety and more meaningful vehicle gameplay – tanks have more space to roam, fighter jets have more airspace to maneuver. On these maps, you'll experience ever-changing battle conditions and gameplay challenges. Adapt on-the-fly to dynamic events and disasters, such as sandstorms in the deserts of Qatar, a rocket launching from French Guiana’s Space Centre, and tornadoes threatening South Korea’s concrete jungles.

Unleash your combat creativity through a full roster of cutting-edge weapons, vehicles, jets, helis, and all-new equipment inspired by the near-future of 2042. Summon the Ranger, a robotic dog built for battle, use the Syrette Pistol to revive squad members from afar, employ a grappling hook to reach new places, don a wingsuit, deploy a recon drone, and more.

Choose your role on the battlefield and form hand-tailored squads through the new Specialist system. Based on Battlefield’s four Classes, Specialists have one unique Specialty and Trait – but the rest of the loadout is fully customizable. Choosing and equipping your Specialist allows you to build synergies within your squad and empower yourself to take on any battle situation.

You and the community will progress in Battlefield™️ 2042 through a Season system, which will continuously bring fresh updates to the game. Themed around new narratives, Seasons will bring content like Specialist soldiers, locations, weapons, and vehicles. Those who want to take their Battlefield™️ 2042 journey further can purchase the Year 1 Pass and secure 4 New Specialists, 4 Battle Passes, and 3 Epic Skin Bundles (”Blistered Earth”, ”Tempest”, and ”Cold Blood”).